flying has open my eyes to so many things. this time, a 60yr old aussie touched my soul. for the past 10yrs ever since he started receiving his pension funds from the government, he has been flying to india to save the poor, on his own free will, with his two bear hands. he'll fly there, try to save as many poor & needy on the streets, feeding them & giving them the warmest blanket his budget can allow.

when i ask him if he's working for an organization, his reply was no. he has been doing it by himself for the past 10yr. "its the best job any1 can have in the world" From the sparkle in his eyes, i call it a sense of fulfillment. its kinda like "trying to save the world bit by bit, in my own way"

irony is, he has only 9 more months to live because of cancer. but yet when he speaks of it, he totally embraces that fact & even added that it's better knowing & living it well then b hit by a car/ train & leaving without a trace. though he was kinda tearing up, he was ready to go. "i've done my part & will leave a happy man"

spoke to a friend about this & as expected, his 1st response was : "well.. he's dying so maybe that's the reason y he is doing such.." humans can b so blunt & unsympathising. to me, the fact that he has been doing this way before he was diagnosed means there is more to it than just gaining good karma.

i respect him for what he is doing, how he is able to look past his oncoming death, smile @ it & live life for the better. for some of us, we cant even look past a quarrel, a breakup or even a failure. 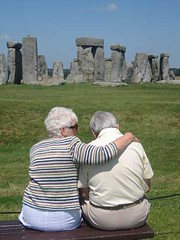 "Man needs what's worse in him in order to achieve what's best in him."
-the devil & miss prym, paulo coelho

for e 1st time in my life, i truly understand how a partially blind or old people with long-sightedness feels.. its suffering. i cant wait till tmr when my dilation recovers.

although i find it utterly rude of those who push their way into the MRT when its obviously full to the brim i can still swallow that even if the person didnt apologise & acted indifferent after that. THATZ SINGAPORE.

spring is here again.. its so nice to see the dull winter go & incomes the colorful spring everywhere, elsewhere.. istanbul was beautiful.. everywhere was tulips, each & every corner u turn.. call me an optismist, but seeing my fav flower of all reli did cheer me up.. esp when i wasnt feeling all that good when i landed.. such a pretty sight.. in diff colors & sizes.. all lined neatly next to each other..

in spore, therez not diff be it spring or autumn.. people work throughout, stopping oni if the rain gets in e way.. we dun reli stop to admire the bloom of flowers, the change of seasons.. i juz came back from london not so long ago.. was visting jaer.. lifestyle anywhere outa asia is so diff.. there, people are actually preparing for spring.. cleaning up their gardens & ponds, planning how it shd look this spring & wat plants or trees to grow.. to me, that's life.. simplicity.. enjoying every bit that each day has to bring..

im not saying that spore has nothing to offer.. just that its nice to once in awhile stop, look & appreciate..

everything in life happens for a reason, though not all we see eye to eye with.. guess tatz what mould life itself.. someone ever quoted long ago: if given a choice to change anything in his life, he wouldn't. its cause of all e ups & downs that gives it its true meaning. somehow this line really moved me, & got kinda stuck in my mind..

DAY 1 is just gf time.. a gf of mine was doing my flight up BNE yest. So i decided to meet up with her & do some gal bonding since ah bi will have to be attending classes for the 1st 3days.. shopping, yakking about beauty products, boyfriend stories & how long we'll be staying in our line of job, etc.. this is indeed something i need for a change.. less stress, juz yak, pure simplicity of enjoying the company.. kinda bimbo but tatz wat gals usually do..

as FQ suggested, getting away from SG can be refreshing for me esp @ this time of the month.. the tension back home is getting quite straining.. especially when i dun like pretence.. its like something choked in my throat im unable to spit out.. being away, a time to clear my head & disregard everything else.. cool..

i've been hearing too many comments that i've put on some pounds esp ard my waist.. damn! this holiday away.. im gona start on my diet regime again.. like wat i told aj, if u cant stand hearing it, lets do something abt it then.. hope i'll hv e perseverance to maintain this determination..